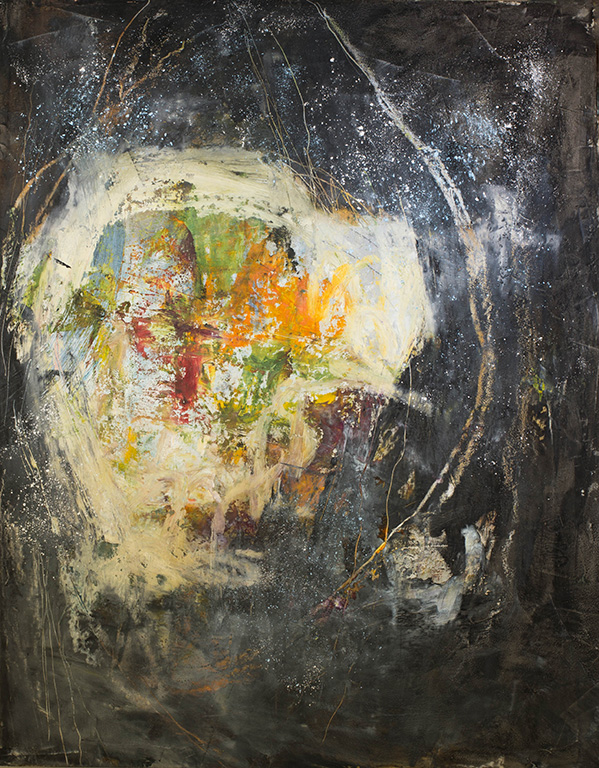 To allow memory to materialize in its hazy, dream-like wonder. To access the subconscious and bring forth what it contains…this is why I paint.

My paintings begin with veils of solid color applied over one another, each one chosen to enhance or contrast with the previous layer.  During the process of stacking these layers of paint, intuitive marks and shapes are also laid down, and at this early stage, I try not to get in the way of the painting.  These components are constructed and deconstructed, etched, erased and glazed over.

Eventually the color, line and form begin to suggest some sort of imagery that brings forth an internalized vision, as if my subconscious mind is showing me things that had been stored up for later use.  For the most part, these memories are from my own experiences and observations, but they may be enhanced by art I have seen, such as the memory of the edge between dark and light in a Rembrandt painting or a certain patina on a Richard Serra sculpture.  These visions present themselves in the work as a distortion of reality or even invention, as in dreams.  In this way, the work often conveys a mystical version of the truth.